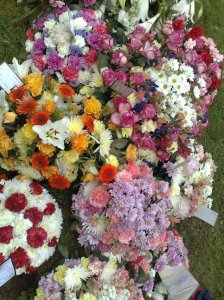 It is so sad when a child dies, but when 20 children and six adults lives are cut short in a shooting attack in Connecticut it breaks your heart. The slaughter of innocents by a deranged gunman has rocked the world today, but what is a greater tragedy is the frequency that such awful atrocities are happening in our world. For some, Christmas will never be the same again. 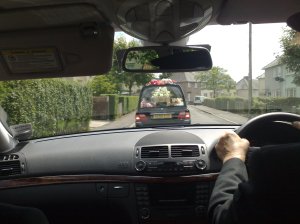 Some will blame gun laws and others lenient judges. Whatever you think or whomever you blame, we must question the reason and the cause. Yes people need licenses to buy guns in Britain, but there are no licenses required to buy the evil shooting games that are polluting the minds of the youth of today. How many parents are allowing their children to play violent computer games underage? How many people watch violent films and allow their teenagers to watch them. Can anyone else see this obvious connection? I supervise my boys and ban games which aren’t right for them.

Perhaps the fact that more and more western societies are turning their backs on the great God Almighy is reflected by the increase in the number of meltdowns by murder enflamed madmen. Perhaps the fact that numerous towns in the US have been taking down their Ten Commandments is a sign of the moral decline that is plaguing this planet and should be considered by the politicians and law makers of every land.

Remember ‘Thou shalt not kill’ is one of the Lord’s laws, but what does our society teach our young? Thousands of our kids today are mistakenly learning how to kill on computer games. Their hearts are being hardened and their taste for blood fed. It is not surprising some of them are led further astray! Remember Proverbs 22:6: ‘Train a child up in the way he should go and when he is old he will not stray from it’.

Christians across the world, please join me in prayer and call out to the Lord God Almighty. Ask Him to comfort those who have lost loved ones in mass shootings and heal and comfort the survivors. Petition Him to have mercy and guide all authorities to make decisions in line with His will. Request that He binds the evil powers that fuel such gun crimes that leave a vacuum of grief and pain.

2 thoughts on “Guns or Goodness”