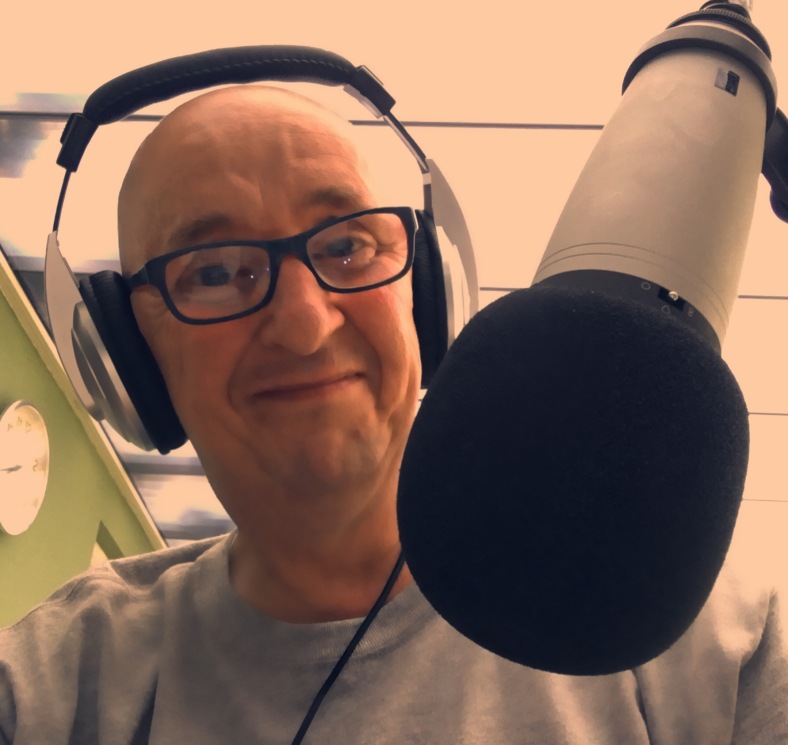 Martin was addicted to alcohol and had a cocaine habit for 22 years until he sought help. This is Martin’s inspiring story!

I was born in Barnes, West London in August 1964. When I was about 1 year old my parents decided to move to Swindon in Wiltshire. The first 11 years of my life were spent growing up in the family home in Swindon. When I was aged 11 my parents moved house – this time to a small village just outside of Swindon called South Marston. It was here that I spent my teenage years growing up, along with my parents and my younger sister.

My family was not a particularly religious family and did not attend church regularly. I however, took an interest and started to attend the Sunday morning services at our village church when I was about 13 years old, eventually joining the church choir and attending church on a regular basis.

When I was 16 I joined the Army as a junior soldier, which saw me move away from home and sadly my faith dropped by the wayside for quite a number of years. During my time I the Army I spent about 18 months in the North East of England (Newcastle-Upon-Tyne and Catterick) before being posted to Germany for four years. During this time sadly drinking became quite a habit for me. Although I didn’t really get into a lot of trouble, the formations of a really bad addiction were there, although I didn’t realise it at the time. In October 1984 I was posted back to the UK and to Colchester. My drinking habit continued. I eventually met my wife, Diane, in Colchester in October 1986 and in September 1987 we were married. In August 1988 I left the Army and settled into civilian life in Colchester with my wife. Our first Daughter, Vicki, was born in April 1990 and our second daughter, Becky was born in March 1994. By this time I was working in in the City of London and this is where the rest of my main working career was to be.

Between 1994 and 2012 my drinking spiralled out of control and I became a daily dependant alcoholic and regular cocaine user. It put a financial strain on us because I was spending so much money every month; it was destroying my relationships with my two daughters and my wife. Although I didn’t see it at the time it was having a really bad effect on my health.”

Although I had tried many times in vain to sort myself out, I couldn’t. Eventually on 23rd June 2012 I walked into my first ever Alcoholics Anonymous meeting, having had my last drink 2 days beforehand on 21st June 2012. This was to be a major turning point for me.

With the help of other recovering alcoholics within AA I managed to stay clean and sober and embark on the AA Program of Recovery. I am extremely happy to say that this has continued, one day at a time, up until today. This is a programme which is spiritual in nature whereby reliance is placed on “A power greater than Self” – not necessarily God – but your own understanding of God. To me it was obvious. I had to embrace the love of Christ and the good Lord if I were to succeed in turning my life around.

“I was convinced it was the right thing to do. AA says we should admit to ourselves, to God and to another human being the exact nature of our wrongs. As I did this it, I felt like a massive weight was lifted off me. I felt a great sense of relief. I was as honest as I could be and knew that God forgave me and Jesus had washed my sins away and that I could start afresh.”

The AA programme of Recovery is a 12 Step Program. Each of the steps serves a particular purpose and it was when looking at the 11th Step that I had a bit of an awakening. This Step States “We sought through prayer and meditation to improve our conscious contact with God as we understood Him, praying only for knowledge of his will for us and the power to carry that out.”

It was obvious to me, to return to the faith that I had as child and to Church. Initially I started attending St. Andrew’s Church with my sister-In-Law and brother-In-Law, who were already members of the congregation there. This was in around September 2012. After a wile I was approached by the vicar at the time Rev. Mary West and was asked if I had ever considered going through confirmation. I agreed to attend some confirmation classes at the church and in May 2013 I was indeed confirmed by Bishop Christopher (Bishop of Colchester at the time) along with a number of others. During this service and at the point where the Bishop was laying his hands on me,

I felt such an incredible warmth running through my entire body. I am convinced at that time I was filled with the Holy Spirit and I was truly accepted by Jesus Christ. I knew I was at last free of alcohol!

I have had further evidence of Jesus in my life since then. In October 2013, and at the time being clean & sober, I suffered a heart attack and subsequently had to have a triple heart bypass operation. I have to admit that my initial reaction was one of anger. The “I’m being a good boy now – why me?” type questions were in my mind. A conversation with one of my heart doctors soon put me straight on that. He explained to me that had my heart attack been any more serious than it was then I probably would not have survived. As it was, the doctors were made to investigate things and found the three areas of my heart which needed fixing. Evidence enough for me that yet again God was actually looking after me.

There were some quite severe complications immediately following my heart surgery, which led to me being in and out of hospital a number of times and over the three and a half years since I have had a number of health issues. I always put my faith in the Lord that he will see me through, if that is his will.

I have now been worshipping at St. John’s church, Colchester, since about April 2015.

Now I don’t feel my life could be any better. I have an excellent relationship with my wife and daughters, and I’m doing things that I never dreamt I would ever be doing such as presenting a show on Colchester Hospital Radio and another show for national Internet radio station called ABC Oldies. If it wasn’t through what I’ve been through and the experience of having God in my life, I wouldn’t be where I am today. I feel on a daily basis in some way, shape or form he guides me in what I do each day. He was leading me and is leading me to everything I am doing now.